BREA, CA (March 21, 2016) – Team Suzuki was in action in the Motor City of Detroit, which hosted the Monster Energy AMA/FIM Supercross Championship on Saturday night. 46,259 fans assembled to watch the action inside Ford Field. Soaring Eagle/Jimmy Johns/Suzuki Factory Racing’s Ken Roczen charged back to a sixth-place finish after running mid-pack for much of the race. While on the other side of the globe, Suzuki’s Maverick Viñales also rode to a solid sixth in the 2016 MotoGP season opener in Qatar after qualifying on the front row. 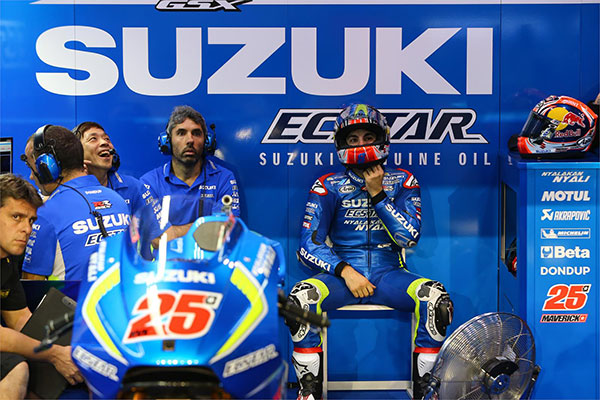 Roczen Makes Late Race Charge
RCH Suzuki’s Ken Roczen spent the first half of the Detroit Supercross running mid-pack. In the latter stages of the race however, he was able to rally and tap into the power of his Suzuki RM-Z450 surging ahead to finish sixth. The result keeps him firmly in second in the Monster Energy AMA Supercross series standings. 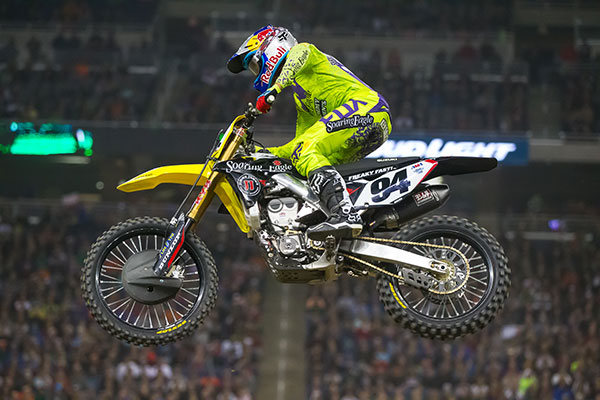 While five rounds remain in the stadium series, Roczen is starting to look towards the upcoming AMA Pro Motocross season.

“We have a week off and we’re going to do some moto testing,” he said. “We’ll come back to Santa Clara in two weeks rested and ready to go.”

More Detroit News from Team Suzuki
A week after scoring a podium in Toronto, things didn’t go quite as smoothly for MAD Racing/Yoshimura/Suzuki’s Matt Bisceglia in Detroit. Bisceglia made the main, but found himself at the end of the field on the first lap of the 250 East Supercross main. He never gave up though and used the nimble handling of his Suzuki RM-Z250 to work all the way back to 12th by the checkered flag. 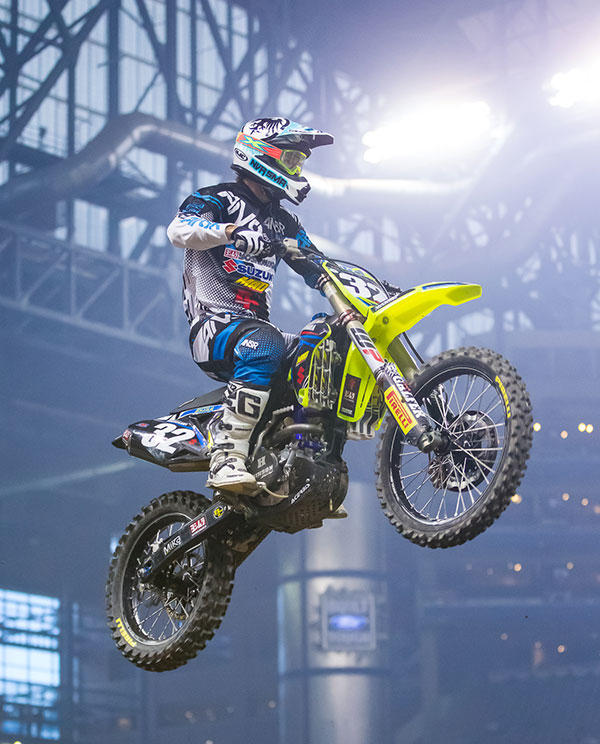 Back in the 450 class in Detroit, TPJ/Fly Racing/Suzuki’s Nicholas Schmidt finished 16th, equaling his best result of the season. It was a challenging night for Suzuki’s other entrants. Yoshimura Suzuki’s Blake Baggett finished 18th after needing a pit stop to change a tire after Detroit’s rough and rocky track conditions caused a flat. RCH Suzuki’s Jake Weimer suffered a crash that put him out four laps into the main and was credited with 22nd. 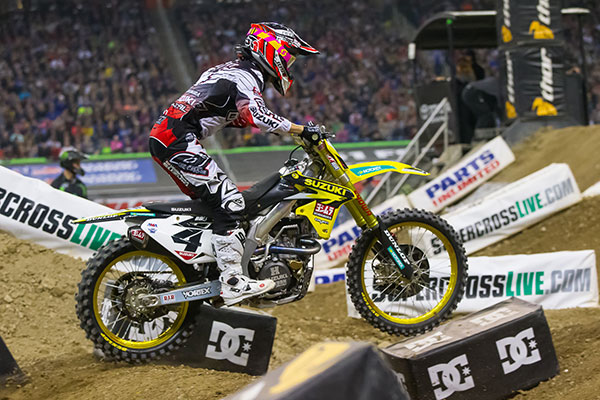 Congratulations go out to Dustin Pipes, Alexander Nagy, Steve Roman and Johnnie Buller who all qualified their Suzuki RM-Z450s into the evening program in Detroit.

The series now takes a rare weekend off before heading west to Santa Clara, California, and Levi’s Stadium on April 2. Several Team Suzuki riders will be in the area a day early to meet fans and sign autographs on Friday, April 1 at Fremont Suzuki, 41315 Albrae Street, Fremont, CA 94538. The race at Levi’s Stadium can be watched live starting at 10:00 pm Eastern on Fox Sports 1.

MotoGP Front Row for Suzuki
Team Suzuki Ecstar and team rider Maverick Viñales continue to impress in MotoGP. In the season opener at the Losail Circuit in Qatar, Viñales qualified the speedy Suzuki GSX-RR on the front row for Sunday night’s race. In the race he finished an eventual sixth, but the clear message leaving the opener was that Suzuki is going to be a factor in just its second full season back in MotoGP. 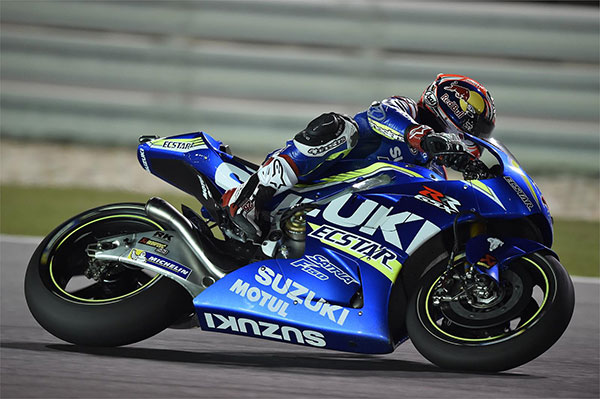 “I’m very happy. We did an incredible job and finally we are taking some of the profits from all the hard work we have done in the winter,” Viñales said after his outstanding performance.

Years ago, my car got totaled. Gas was $4. Bush was President. It seemed a great time to get on a motorcycle. But me, a 40+ y/o gay man. Would I be welcomed, or well, killed. The answer? I would find family and a whole new way of life.. The motorcycling community welcomed me with open arms, and will you, too, no matter who you are. MotoGLBT will help show how diverse the Moto community is and help all riders, new and old, learn, grow, be safer better riders and people. The site is inclusive of all and being on it doesn't mean you're anything but a motorcyclist. However, its founders, and its point of view, will definitely have a GLBT slant. MotoGLBT: Showing how diverse one community can be.— Karel